Good day. I hope everyone had the chance to celebrate and honor those heroes who made the ultimate sacrifice in protecting our country on Memorial Day.

Several members of the West West Society of Richmond (WPSR) gathered with hundreds of attendees to witness the laying of the wreath and hear the names of those added to the Shrine of Memory at the Virginia War Memorial. In addition to speeches, WPSR members toured the grounds and new facilities featuring a 25,000 square-foot expansion. We met with Coach Bobby Ross and spoke about West Point’s recent decision to name the Summer Training for Yearlings in honor of Coach Ross’s nephew, CPT Drew Ross, USMA ’11, who was killed in Afghanistan in 2018. Lastly, a Certificate of Remembrance signed by the Secretary of Housing and Urban Development (HUD), honoring Donaldson Tillar III, USMA ’88, and other memorialized Virginians killed in the Desert Shield/Desert Storm war, was presented to Dr. Clay Mountcastle.

Once the ceremony ended, WPSR members met at the Legend Brewery Company where many conversations took place including MAJ O’Toole (B-3 Tac), Jim DeMent’s oral history engagements at USMA and the VA War Memorial, and the recanting of the 2013 documentary “Finnigan’s War” featuring the first and only U.S. Army all-black Ranger Company that fought in the Korean War. Additionally, we discussed plans for the Army-Liberty game scheduled on November 27, 2021 at Liberty University in Lynchburg, VA. WPS of Richmond is coordinating with WPS of Monticello to plan a memorable tail-gate experience.

Fun Fact:  Four attendees were in Company B3 – Go Bandits! 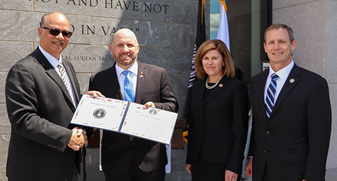 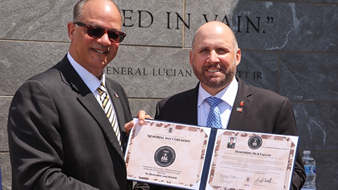 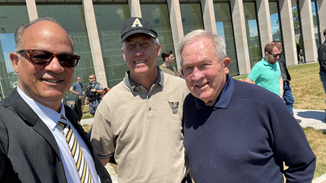 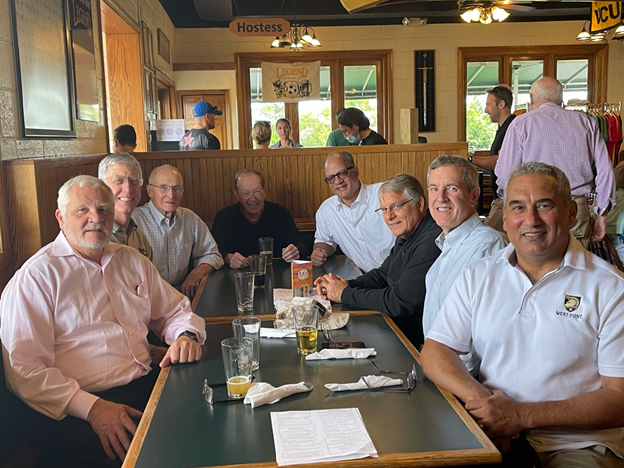